President Trump Versus President Obama on ‘Helping Ukraine’ in One Cartoon

Democrats have accused President Trump of endangering the lives of innocent Ukrainians because he held up some military assistance for a relatively short period of time.

But how does President Trump compare to former President Obama when it comes to military aid to Ukraine that could save innocent lives?

The cartoon below, by brilliant master cartoonist A.F. Branco, attempts to answer that question once and for all.

They say a picture can be worth a thousand words, so take a look: 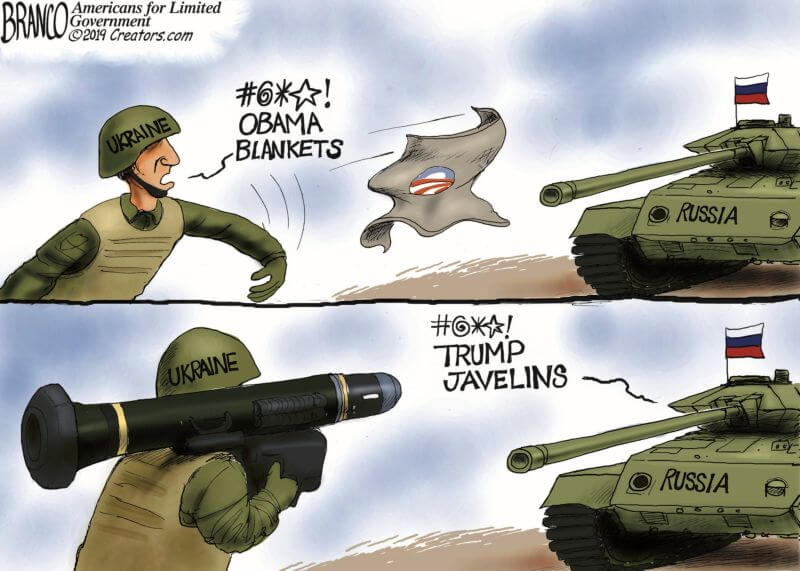 Obama sent blankets to help fight the Russians while the President is sending lethal military equipment.

Nadler Sends Trump an Ultimatum on Impeachment, Deadline of December 6th at 5:00PM

A U.S. congressional panel on Friday gave President Donald Trump a deadline in one week to say whether his legal counsel intends to introduce evidence and call witnesses in upcoming impeachment proceedings that could lead to formal charges of misconduct within a few weeks.

The Democratic-led House Judiciary Committee, which is due to begin weighing possible articles of impeachment against Trump next week, sent a two-page letter to the president setting a deadline of 5 p.m. EDT (2200 GMT) on Dec. 6 for the president’s counsel to specify intended actions under the committee’s impeachment procedures.

The procedures set out rules by which the president can call witnesses, introduce evidence and make presentations.

Panel Democratic Chairman Jerrold Nadler set the same deadline for Republican lawmakers on the committee to notify him about intended witnesses and evidence and scheduled a Dec. 9 meeting to consider the matter.

The Judiciary panel is expected to hold a series of impeachment proceedings, including an initial hearing on Wednesday at which legal experts are due to testify about the constitutional grounds for impeachment. The committee invited Trump to participate in the hearing and gave him until 6 p.m. EST (2300 GMT) on Sunday to say whether he or his legal team would attend.

To borrow a phrase from Jerry Nadler…

Since the impeachment charade is moving to his Judiciary Committee, I guess he’s the one leading a “lynch mob” against @realDonaldTrump.

The impeachment probe is looking into whether Trump abused his power to pressure Ukraine to launch investigations of political rival Joe Biden and a discredited conspiracy theory promoted by Trump that Ukraine, not Russia, interfered in the 2016 U.S. presidential election.

After weeks of closed-door witness depositions and televised hearings, three investigating panels led by the House Intelligence Committee are due to release a formal report soon after lawmakers return to Congress on Tuesday from a Thanksgiving recess. The report will outline evidence gathered by lawmakers on the panel, along with those on the Foreign Affairs and Oversight committees. 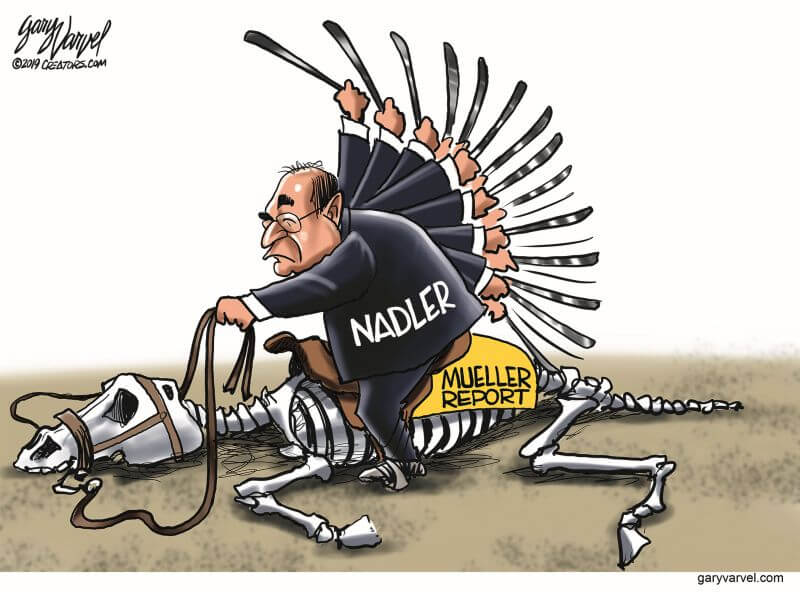 After Wednesday, the Judiciary panel, which could recommend a full House impeachment vote before Christmas, is expected to hold a hearing to examine the evidence report and further proceedings to consider formal articles of impeachment.

POLLAK: Jerry Nadler's offer is a ruse designed to fool the media into thinking that Democrats are offering Trump a fair process. https://t.co/b3d9GIdhzM

Reuters contributed to this report.