The Solidarity Of Democrats’ Delusion Is About To Collapse

At yesterday’s Thanksgiving table, fifteen adults present, there was not one word uttered about impeachment, Russia, Ukraine, and, most notably, a certain Golden Golem of Greatness, whose arrival at the center of American life three years ago kicked off a political hysteria not witnessed across this land since southern “fire eaters” lay siege to Fort Sumter.

I wonder if some great fatigue of the mind has set in among the class of people who follow the news and especially the tortured antics of Rep. Adam Schiff’s goat rodeo in the House intel Committee the past month. I wonder what the rest of congress is detecting among its constituents back home during this holiday hiatus. I suspect it is that same eerie absence of chatter I noticed, and what it may portend about the nation’s disposition toward reality.

The dead white man Arthur Schopenhauer (1788 – 1860) famously observed that “all truth passes through three stages: first, it is ridiculed; second, it is violently opposed; and third, it is accepted as self-evident.”

America has been stuck in stage two lo these thirty-six months since Mr. Trump shocked the system with his electoral victory over She-Whose-Turn-Was-Undoubted, inciting a paroxysm of rage, disbelief, and retribution that has made the Left side of the political transect ridiculous, and repeatedly, ignominiously so, as their fantasies about Russian “collusion” and sequential chimeras dissolve in official proceedings.

The astounding failure of Mr. Mueller’s report did nothing to dampen the violent derangement. There was no rethinking whatsoever about the terms-of-engagement in the Left’s war against the populist hobgoblin. The solidarity of delusion remained locked in place, leading to Mr. Schiff’s recent antics over his false “whistleblower” and the enfilade of diplomatic flak-catchers tasked to ward off any truthful inquiry into events in Ukraine.

But then, with the Thanksgiving shut-down, something began to turn. It was signaled especially in the Left’s chief disinformation organ, The New York Times, with a week-long salvo of lame stories aimed at defusing the Horowitz report, forthcoming on December 9. The Times stories were surely based on leaks from individuals cited in the IG’s report, who were given the opportunity to “review” the briefs against them prior to the coming release. The stories gave off an odor of panic and desperation that signaled a crumbling loss of conviction in the three-year narrative assault on the truth — namely, that the US Intel Community organized a coup to overthrow the improbable President Trump. 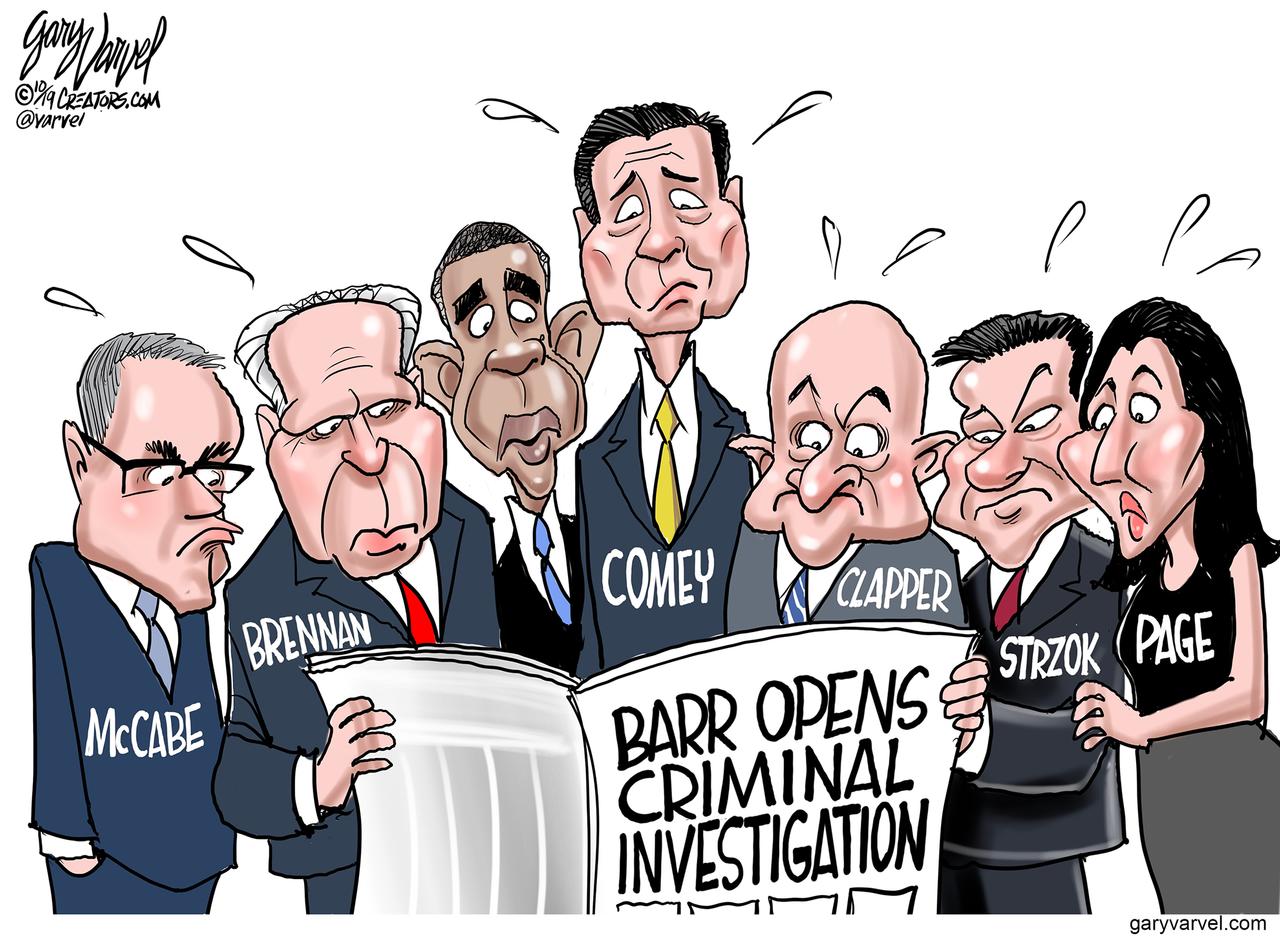 From this point forward, the facts of the actual story — many of them already in the public record, one way or another, and sedulously ignored by the news media — will be officially detailed by federal authorities outside the orbit of the coupsters, and finally beyond the coupsters’ control. The facts may include the uncomfortable truth that Mr. Mueller and his helpers were major players in the bad-faith exercises of the Intel Community against the occupant of the White House.

I’m not so sure that the Resistance can keep up the fight, since their enemy is reality as much as reality’s mere personification in Mr. Trump. The violent opposition Schopenhauer spoke of in his three-stage model was just procedural in this case, moving through the courts and committees and other organs of the state. I don’t think the Left can bring the fight to the streets. They don’t have it in them, not even the ANTIFA corps. The hard truths of perfidy and treachery in the upper ranks of government will rain down in the weeks ahead, and when they do, there’s an excellent chance that they will be greeted as self-evident. The Times, the WashPo and the cable news networks will have no choice but to report it all. My guess is that they will display a kind of breathlessly naïve wonder that such things are so. Most remarkably, they might just assert that they knew it all along — a final twitch of bad faith as the new paradigm locks into place.

I expect that we will see something else happen along with that: a loud repudiation of the Democratic Party itself, a recognition that it betrayed the mental health of the nation in its lawless and demented inquisitions. I expect that sentiment will extend to the party’s current crop of candidates for the White House, to the delusional proposals they push, and perhaps even to the larger ethos of the Wokester religion that has programmatically tried to destroy the common culture of this country — especially the idea that we have a duty to be on the side of truth.