The 3 Pillars Of Trump’s Reelection Campaign Are Shaking Simultaneously

In a little over a month, the three pillars underpinning President Trump’s argument for reelection have crashed: “the greatest economy ever;” running against Bernie Sanders and demonizing socialism; and “draining the swamp” of big government as the administration combats the virus with big government and attempts to revive the economy through corporate bailouts, said CNBC’s Christina Wilkie.

President Trump’s entire reelection campaign was built on the “greatest economy ever.” A feel-good movement that was really overhyped. As the economy started to slow in late 2018, the president started focusing on the soaring stock market in early 2019, mostly because inflation, manufacturing, and employment were decelerating. But with the economy and stock market now crashed, President Trump’s economic narrative has been virtually wiped out in a matter of weeks. Now his administration faces depression employment and growth numbers in the second quarter. 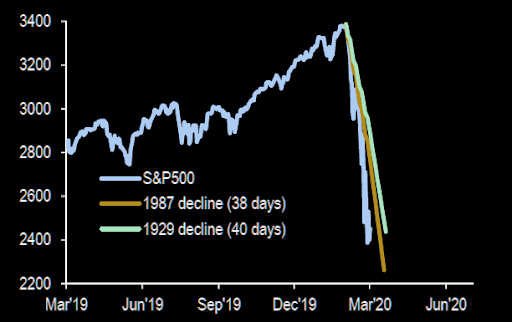 Another pillar of the president’s reelection campaign that came crashing down was the centric focus on demonizing Bernie Sanders and socialism. However, with Joe Biden surging in the primaries, that argument has become a lot less effective in the last three weeks.

“Americans of all political beliefs are sick and tired of the radical, rage-filled left socialists,” Trump said at a campaign rally in New Jersey in late January. “Really, the Democrat Party is the socialist party and maybe worse.” Later in the rally. Trump claimed that Democrats “have never been more extreme than they are right now,” adding: “These people are crazy. They’re taking their cues from socialists like Bernie [Sanders].”

The Biden campaign was on political life support last month. Everything changed when he won South Carolina’s primary election by a massive 30 points.

Since then, Biden has been on a tear and has won a large share of Democratic primaries and delegates. Earlier this week, the former vice president won contests in Arizona, Florida, and Illinois, which we noted has pretty much cemented his chances of becoming the nominee.

The Biden bump and Sanders stumble is bad news for the president:

“Trump was very much hoping to run against Bernie Sanders and play the so-called socialism card, and now that plan has also fallen apart,” said Matthew Barreto, a professor of political science and Chicano studies at UCLA. “Vice President Biden is going to be a very formidable opponent, who has more experience than Trump does in the White House.”

The last pillar to be ripped down has been “drain the swamp,” and “downsize the bloated federal bureaucracy.” The president’s virus response has been “a whole-of-government approach.”

President Trump’s downplaying of the virus last month led to containment windows for large metro areas across the country to be missed, partly the reason why confirmed cases are following an exponential curve today, due to a solid month of community spreading. The mortality rate has stayed low because the hospital bed and ICU-level treatment capacity can still handle the influx of patients across major hospital systems. However, when the most vulnerable can no longer be treated, that is when deaths start to rise. 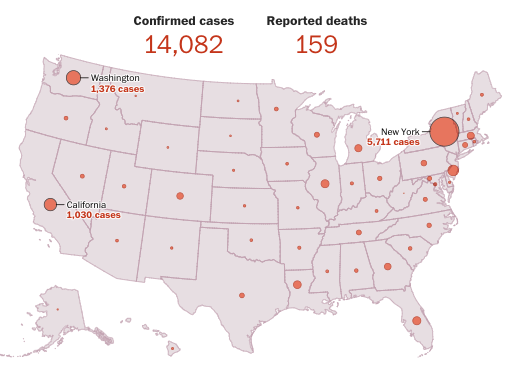 The president’s pitch of the “system is rigged,” and socialism is evil, has also fallen apart after his administration is now proposing emergency bailout loans to corporate America. The administration is also adopting socialist universal basic income in the form of stimulus checks for tens of millions of Americans impacted by the virus.

With the economy crashed and a depression imminent for the second quarter, Biden’s next narrative could be that he singlehandedly saved the nation from the 2008/09 financial crisis with his role in the 2009 economic recovery package during the Obama administration.

“You are going to hear Biden talk more and more about his role in the 2009 economic recovery package that he helped promote during the Obama administration,” said Barreto.

With the election and a potential recession looming, Trump’s boasting of the “greatest ever” economy, stock market, and employment markets are over.

“Trump has to be careful now, not to say things that contradict the evidence of ordinary people’s experiences, what’s right in front of them every day,” said William Galston, a senior fellow in governance at the Brookings Institution.

“In order for Trump to make a cogent argument for reelection, he will need to find a way to reconcile the two contradictory versions of himself that he’s currently projecting. There’s precoronavirus Trump, who built an entire presidency on principles such as not giving away government benefits for free and not trusting career bureaucrats. And there’s post-coronavirus Trump, who tweeted out this message, previously unthinkable, on Wednesday morning.”

“For the people that are now out of work because of the important and necessary containment policies, for instance the shutting down of hotels, bars and restaurants, money will soon be coming to you,” the president said.